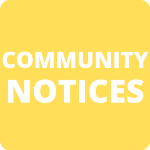 Thanks to Emma Beeston for sharing this appeal with us...


GiveOut has activated our LGBTQ+ Emergency Fund in response to the unfolding crisis in Afghanistan. We are asking you – our community and corporate allies – to donate to this appeal to support Rainbow Railroad in their urgent work to help LGBTQ+ Afghans at risk.

The Taliban have seized power in Afghanistan following the collapse of the government and will implement their strict interpretation of Sharia law. LGBTQ+ Afghans will face extreme persecution and grave human rights violations, including torture and even execution. A Taliban judge has already vowed to sentence gay men to death by stoning or by being crushed by a wall. Many LGBTQ+ people will feel they have no choice but to try to flee.

"Even when I see the Taliban from the windows I feel really scared. My body starts shaking from seeing them." Anonymous, speaking to BBC

There are no LGBTQ+ organisations in Afghanistan. Rainbow Railroad, a Canadian and US based organisation that assists LGBTQ+ refugees around the world, is leading the emergency response. They are relying on their deep international network and contacts within the country to reach people facing persecution.
We are asking you – our community and corporate allies – to support Rainbow Railroad’s vital work to:
Triage requests for help and offer advice to those at risk in Afghanistan. They have already received hundreds of requests for help and expect to receive more.
Further develop their networks in the country and identify ways for LGBTQ+ Afghans to escape.
Advocate for Western governments to step up and support LGBTQ+ Afghan refugees, including them in resettlement schemes.
"The Taliban will never accept LGBT people. They will kill all of them on the spot." Anonymous, speaking to BBC

All donations to this appeal will support this life-saving work. As a charity registered in the UK, GiveOut can claim Gift Aid on all eligible donations – an extra 25p for every £1 you donate.